Do they really come from Sweden, or from elsewhere? 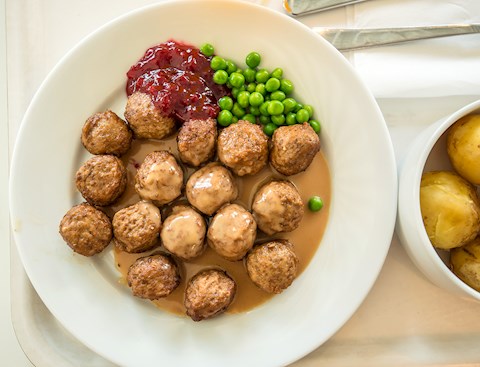 Apparently, after losing a battle to the Russians, the Swedish monarch was exiled to a part of the Ottoman Empire which corresponds with modern Moldova. There he gained a taste for kofta – the Mediterranean’s own mixed ground meatballs that had been in the Ottomans’ imperial cookbook since the 15th century.When Charles returned to his own empire five years later he took the recipe – as well as coffee and cabbage – both because he liked it, and as a means of bolstering diplomatic relations. (full article here)