Why do things look darker when they’re wet?

Ever take a swim in the ocean, and notice that your hair and your swimsuit both look darker? As you walk back to your beach chair, you notice your wet feet leave dark footprints in the sand. As you dry off, your towel darkens, too.

But it’s not just seawater that does the trick. Pelting raindrops can turn your plain white shirt into a polka-dotted mess. Rinse off the sidewalk with a hose, and you’ll see the white cement turn gray. You can even use the narrow stream of a hose to write your name on the driveway.

Many porous objects—paper, fabric, tree bark, soil, hair—darken as they are doused in (clear) water. How come? 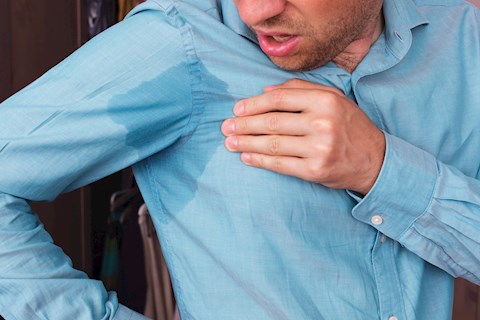 Sort By
Anonymous
Mar 26, 2020
When light strikes a dry material, some is reflected straight back. Some is absorbed. And some is scattered every which way from the irregular surface. (Think of the rough surface of sand, the shingled surface of each hair, the woven surface of fabric.) When a material looks darker than normal, it means that less than the usual amount of light is rebounding back. Take fabric. Cotton fabric is a weave of natural fibers, the gaps between fibers filled with air. When light strikes the dry surface of a cotton shirt, it is refracted (it bends) at the interface between fibers and trapped air. Much of the light simply scatters back out from the surface of the material. But when the fabric is struck by raindrops, water seeps in and fills the air gaps. The irregular surface, which scatters light when dry, is smoothed by the film of water. Since water is denser than air, its “refractive index,” or the amount it bends light, is closer to that of the cotton fabric. So at the shirt’s wet spots, light has smoother sailing: More light penetrates into the fabric, instead of scattering from the surface. That means less light reaching our eyes. And so the wet parts of the fabric appear darker than the surrounding dry material. Likewise, hair soaks up water in the shower or ocean, temporarily plumping and smoothing the surface of each strand. According to physicists, light is absorbed by the water layer and repeatedly reflects within it. So instead of scattering off the hair’s surface, more light is effectively trapped inside. And hair (even gray hair) appears darker. When water drenches a road, its effect on light can make driving doubly dicey. At night, in dry conditions, light from your car’s headlights hits the road, reflecting and scattering from the surface. The light that reaches your eyes allows you to see both the road surface itself and the lines marking lanes and shoulder. But when it rains, a thin layer of water coats the surface of the asphalt. Instead of striking the road itself, some of the light from your headlights reflects back from the water’s surface, creating a (confusing) mirror effect. Meanwhile, light that does penetrate down to the road’s surface must travel back out through the water layer. And at the water’s surface, instead of exiting into the air, some of that light is simply reflected back down to the road. The result: The light that does reach your eyes from the road’s surface is significantly dimmed, and dividing lines become much harder to see.
0
Te
Click here to log in
Ask an expert
Become an expert