How are shadows formed?

How are shadows formed?

In Peter Pan by J. M. Barrie, Peter loses his shadow when Nana the dog grabs it as Peter escapes out a window. Finding the shadow, Nana’s owner, Mrs. Darling, rolls it up and puts it in a drawer for safekeeping. Real shadows are more ephemeral. Try to grab a shadow, and your hand will simply pass into its shade. Try to jump on your own shadow, and it jumps with you, ever connected to your feet. 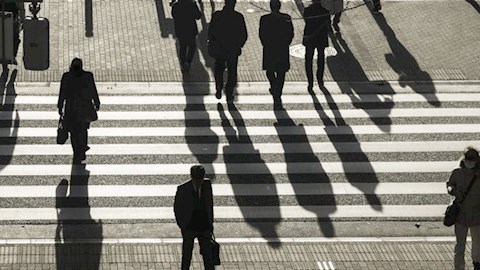 Sort By
Anonymous
Mar 26, 2020
A shadow appears when an object stands in the way of light. The less light that can pass through an object, the more solid its shadow. So a translucent beach ball casts a faint shadow, while your body casts a solid, dark shadow. On a sunny day, a shadow is a patch of night. But any light source can make a shadow—the Sun, a lamp, a flashlight, the silvery Moon. Try making your own shadows using an unshaded lamp, your hand, and a plain white wall. You’ll discover that if you move your hand closer to the wall, the shadow becomes more sharply defined. Or if you move the lamp close to your hand, your shadow becomes fuzzier. Move the lamp away, and the shadow becomes sharper again. Finally, the larger the light, the fuzzier the shadow. When a lightbulb wears a lampshade, the shade creates, in effect, a bigger, more diffuse light source. Which is why a lampshade makes for a blurrier shadow than a bare lightbulb. The Sun is enormous (a million Earths could fit inside it), but it is also enormously distant (nearly 93 million miles away, or 149,600,000 km). So the Sun appears as a rather small light source in the sky. Which is why the combination of the Sun, you, and the sidewalk makes such great shadows. The Sun is very bright but very far away, you are very solid, and the sidewalk is very near. Even the sharpest shadow is a bit blurry around the edges. Outdoors, this out-of-focus quality is a result of the Sun being larger than a point in the sky. Light streams from countless points on the Sun’s disk, each ray traveling on its own course and creating a shadow of its own. The rays of light diffract (bend slightly) around your body’s edges, creating an interference pattern of darkness and light, and a shadow with fuzzy edges. If light were to come from one shrunk-down perfect point, there would be one sharp, clean shadow. On an overcast day, with the Sun hidden behind clouds, the whole sky acts as a diffuse light source—like an enormous lampshade. Your body still casts a shadow. But your shadow is so hugely spread out and fuzzy that you can’t see it at all.
0
Te
Click here to log in
Ask an expert
Become an expert